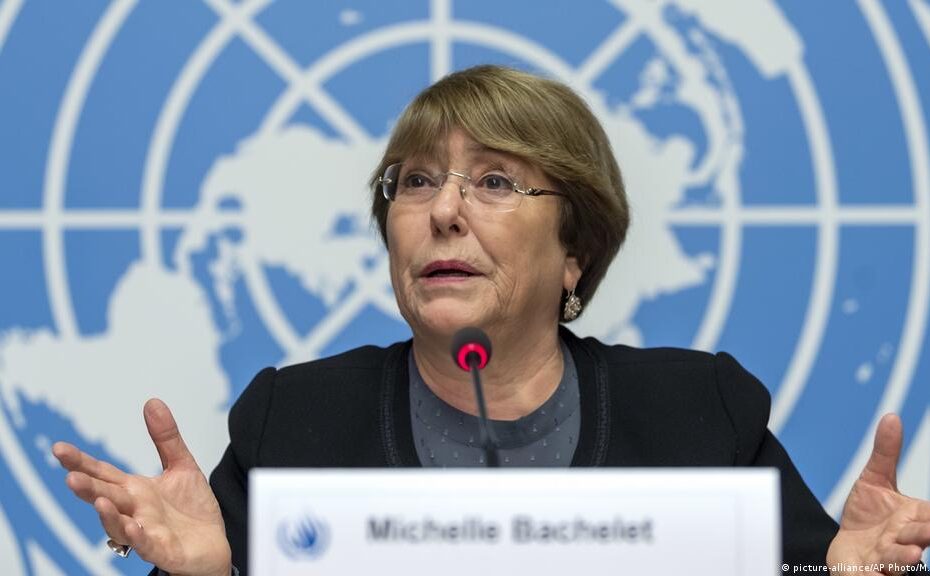 We, a coalition of over 220 Tibetan, Uyghur, Hongkonger, Southern Mongolian and Chinese democracy groups, are demanding the High Commissioner reverse her current plan to visit China or risk walking into a propaganda minefield laid out by the Chinese Communist Party.

Reports suggest that the UN High Commissioner, Michelle Bachelet, is due to visit China in less than two weeks, and that her advance team arrived in China on 25 April.

To date, she has not met with any of the affected communities despite multiple requests and the overwhelming evidence of genocide and rampant human rights abuses (including widespread torture and sexual abuse) nor has she met with wider civil society organisations for specific briefings on Beijing’s crackdown.

Ms Bachelet has also ignored all offers to meet with survivors from the Uyghur camps, Tibetan former political prisoners or Chinese democracy activists linked to the Tiananmen Square Massacre. She has simultaneously remained silent on the unprecedented statement by over 50 UN experts calling for “urgent” and “decisive measures” to protect the fundamental rights and freedoms of those living under Chinese rule.

During her time in office, the current High Commissioner has failed to raise any concern about the situation in occupied Tibet, which has not been mentioned as a visit location, despite being ranked as the least free place in the world for the second year in a row. Hong Kong and Southern Mongolia are also missing from her list of visit locations though both places have witnessed historic protests and subsequent crackdowns on human rights and freedom in the past two years.

Securing access to these locations is more imperative than ever given the scale of the crackdown, which has largely taken place behind closed doors. Tibet has been sealed off to her office since 1998, neither East Turkistan, Southern Mongolia nor Hong Kong have ever been visited by a High Commissioner, and China itself has not seen a High Commissioner visit since 2005. As some of the most restricted areas in the world, these locations are desperately in need of independent human rights monitoring and investigation and the Chinese authorities are required to grant the High Commissioner access to them.

Compounding this failure to do her duty, the High Commissioner has also failed on her commitment from 2021 to release a report on the grave human rights violations targeting Uyghurs and other Turkic communities in East Turkistan [CH: Xinjiang Uyghur Autonomous Region]. To continue to withhold the release of this urgent report ahead of her visit to China raises further concern about her ability to offer robust independent scrutiny during her visit.

Tibetan, Uyghur, Hongkonger, Southern Mongolian and Chinese communities are urgently calling for crucial guarantees that they expect to be met ahead of Bachelet’s visit, including:

Without any assurances that her office has secured meaningful and unfettered access, the undersigned organisations are calling for an immediate postponement of the trip.

Proceeding with the visit under such ill-negotiated terms and without adequate briefing from those affected by China’s human rights violations, Ms Bachelet risks jeopardising a rare opportunity for independent human rights monitoring and grants Beijing yet another opportunity to further whitewash its repression against Tibetans, Uyghurs, Hong Kongers, Southern Mongolians, Chinese dissidents and others.

China Against the Death Penalty

Students for a Free Tibet

On behalf of the following 221 global rights groups and communities: