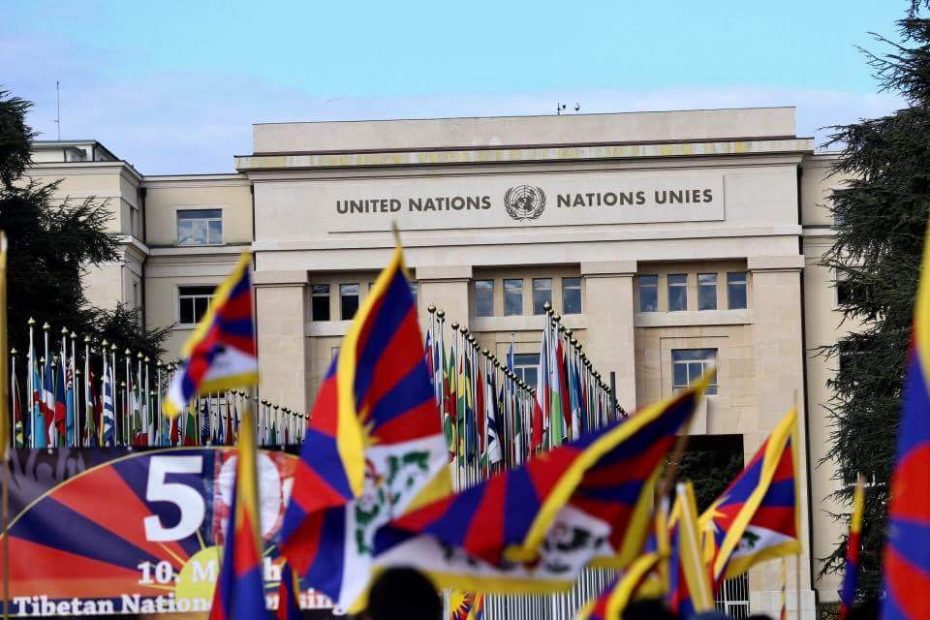 In addition to the recommendations, Austria, UK and Japan raised Tibet critically in their statement to China. Advanced written questions on Tibet had been raised prior to the review by Belgium, UK, Sweden, USA, Austria, Germany and Switzerland.

New Zealand reiterated its 2013 recommendation that the two-way dialogue between Tibetan and Chinese representatives should be “resumed”. This was the only recommendation that pointed to the political occupation of Tibet and to the Tibetan people’s right to self-determination.

Other states raised concern about Tibetans’ lack of freedom of movement, assembly, association, expression, and religious belief under the Chinese government. The United States of America called for the release of imprisoned Tibetan language rights defender Tashi Wangchuk, who was arrested after advocating for Tibetan language in schools, and is currently serving a 5-year sentence. The UK had raised his case in Advanced Questions.

The Tibet Advocacy Coalition, which has been monitoring China since the last UPR in 2013, and which submitted a UPR stakeholder report to the UNHRC in March about Tibet, welcomed the number of Tibet-related recommendations.

Migmar Dolma of Tibet Initiative Deutschland said “Today’s review shows concerted diplomatic progress for Tibet. The fact that 13 countries criticised the Chinese government over Tibet at the highest level here at the United Nations is a win for Tibet – it demonstrates that there is more willingness at the UN to challenge the new giant China”

Mandie McKeown of International Tibet Network said “The timing of the recommendations from so many member states on Tibet could not be more urgent. Tibetans are imprisoned and tortured for simply raising questions about human rights in Tibet. A number of States have today led by example, showing that the Chinese government cannot intimidate the world with its economic influence, but equally there are governments that must be stronger in speaking out about these flagrant abuses.”

Swiss-based Tibetan monk and ex-political prisoner Golog Jigme said “Today, is a critical moment for Tibetans in Tibet who have lived under China’s occupation for nearly 70 years. China would like the world to continue to ignore its abuses in Tibet, but 13 countries have taken a stand for human rights in Tibet, and more will follow. Although Tibet is under lockdown, the Tibetan people’s concerns have been heard here today.”